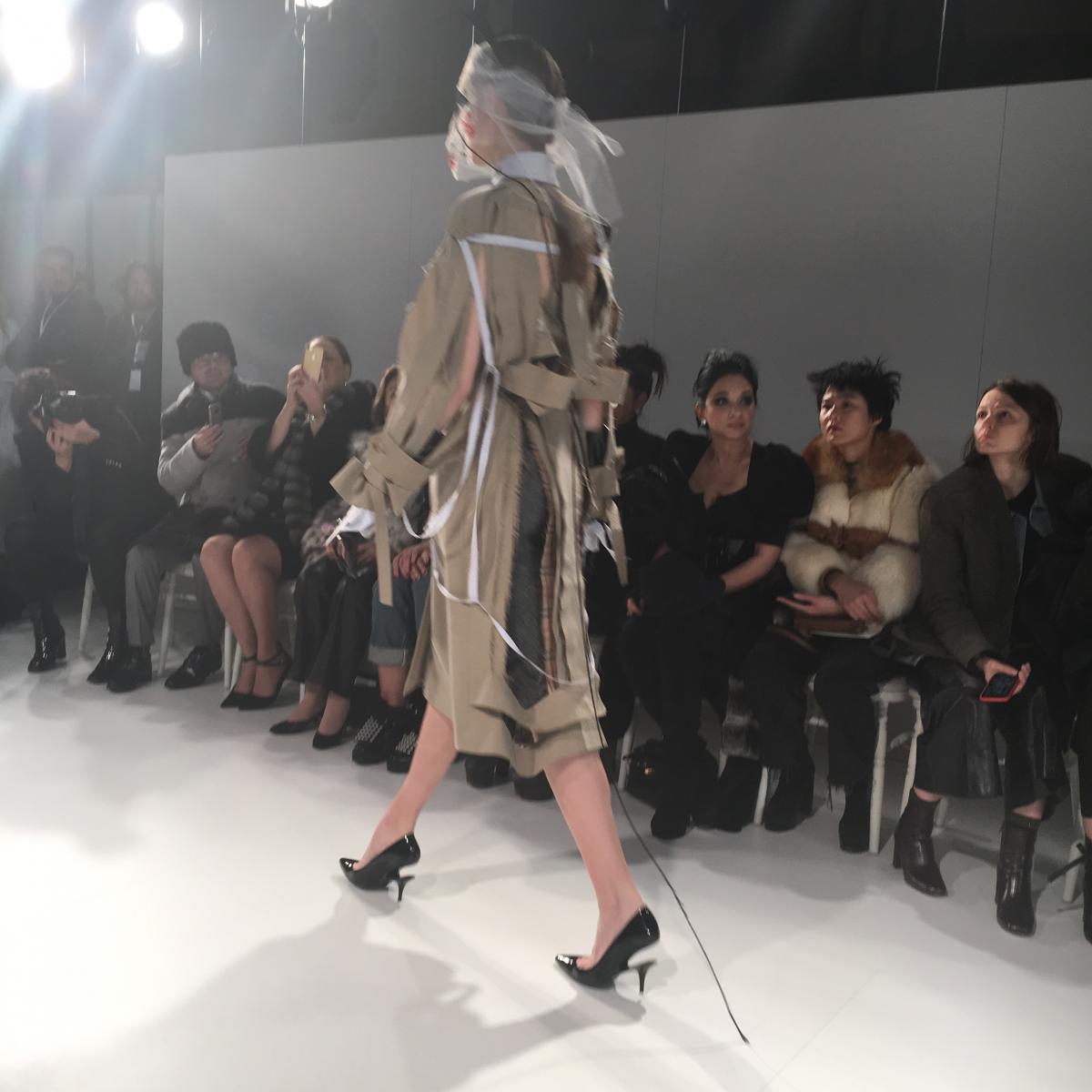 During haute couture week I heard a very nice anecdote: John Galliano always leaves the backstage and the venue before his fashion show for Maison Margiela is over. It’s moving and at the same time even a bit astonishing to think that the man who for seasons on end made a show of his end-of-show-bow to his public and even dressed up for the occasion (as a pirate eg.) never ever hears the applause of the audience now (unless someone tapes it which, according to the same anecdote, has happened in the past). Last Wednesday morning no one took the bow at the end of Margiela Artisanal, the haute couture line that was presented in Paris. So the anecdote is probably true. Too bad for Galliano, because this time the applause was loud and clear, some people even cheering ‘bravo’, which has become quite rare in these smartphone-addictive times. 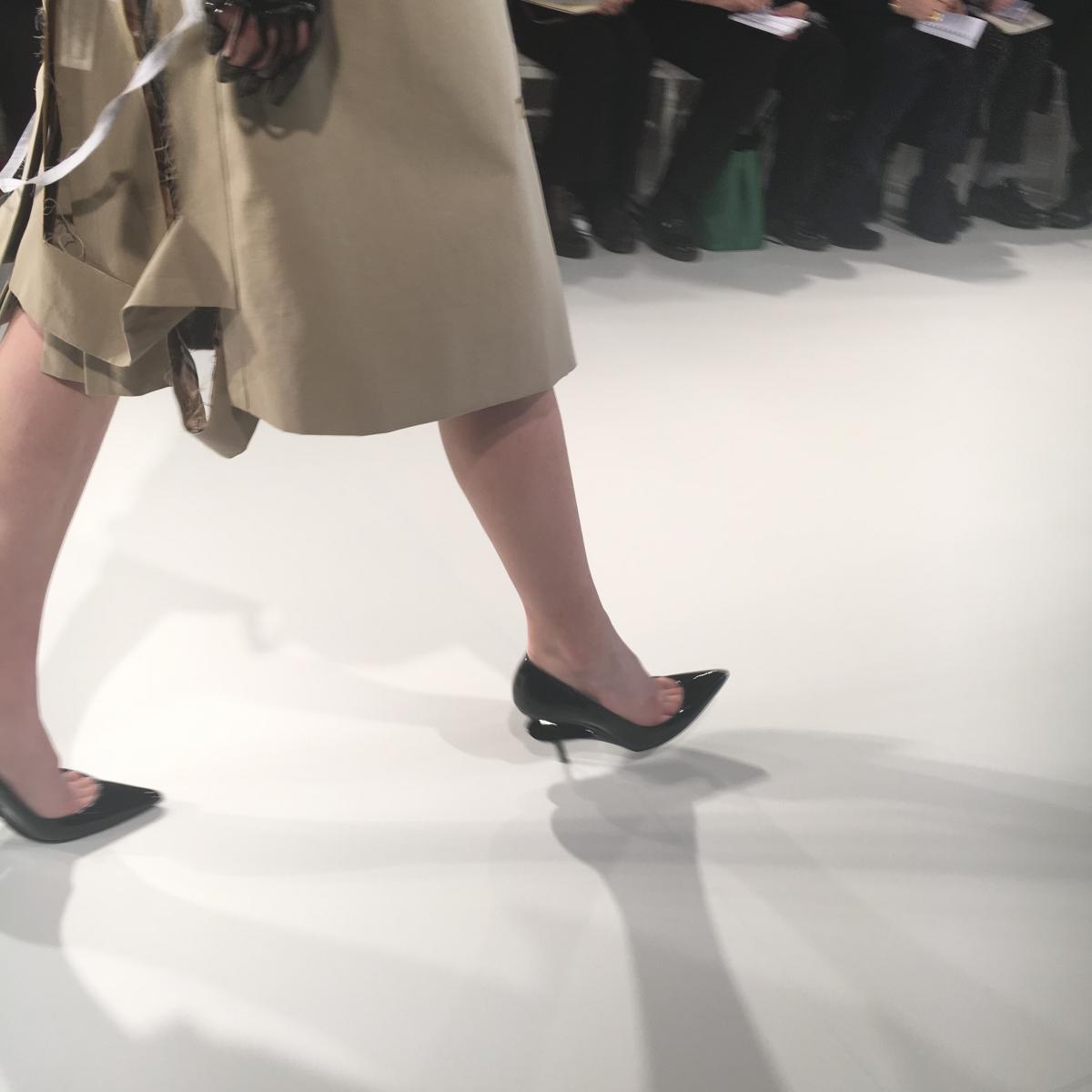 The collection was an absolute pleasure to watch. And you could just feel how well the Galliano pleasuredome blended with the Margiela aesthetic. Galliano, who has an extreme knowledge of anything historical (in costume and other things), married that wisdom with the deconstruction theory of Martin Margiela, in very interesting cut-up coats, dresses or should we say ‘robes’, parachute coats and even a new version of the tabi boots. Galliano has always been the best option to take the designer seat when Martin himself decided to do other things in life. Here’s a designer who feels at best doing the job. And over the years he has learned that taking the bow at the end isn’t crucial in life. Here’s to you, John! 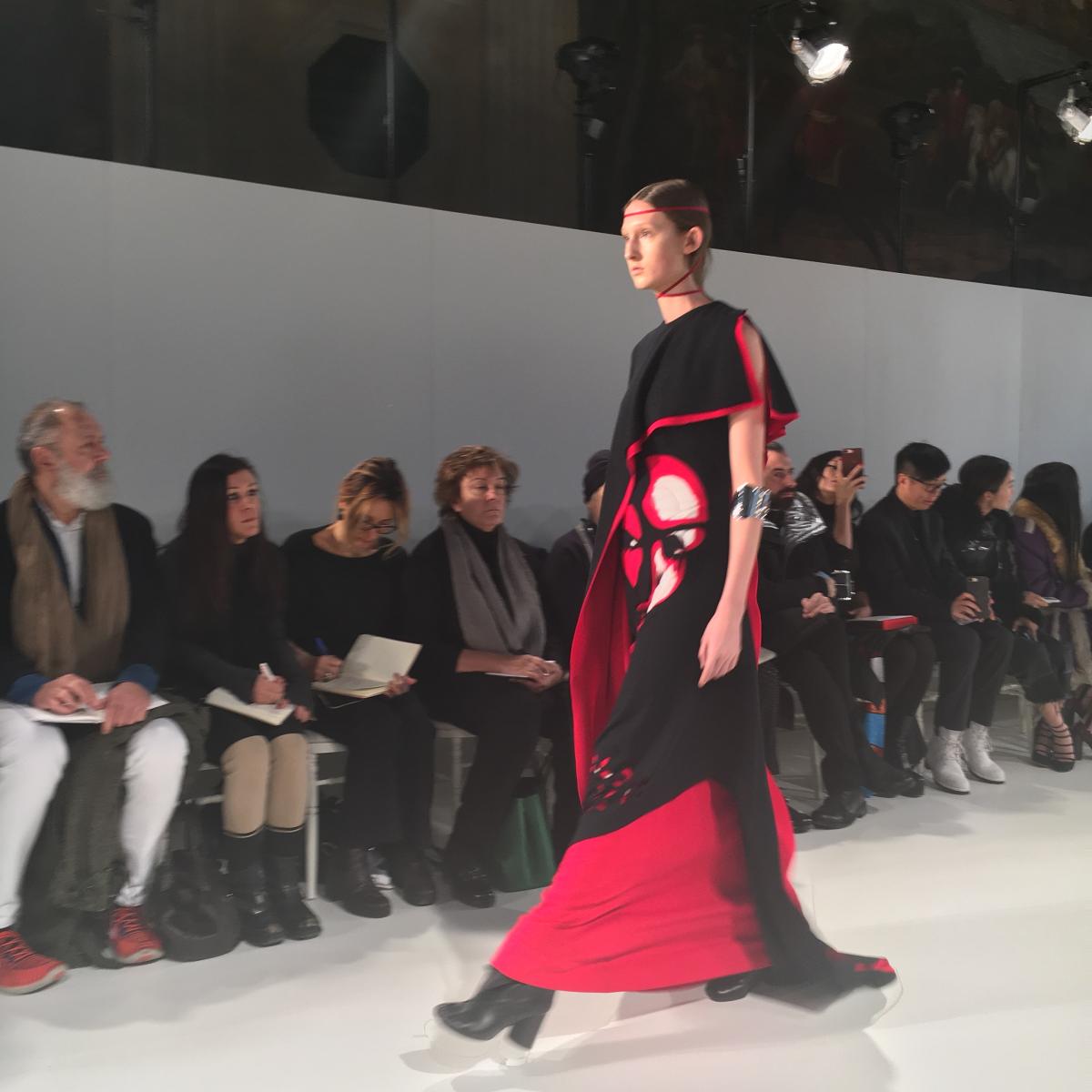 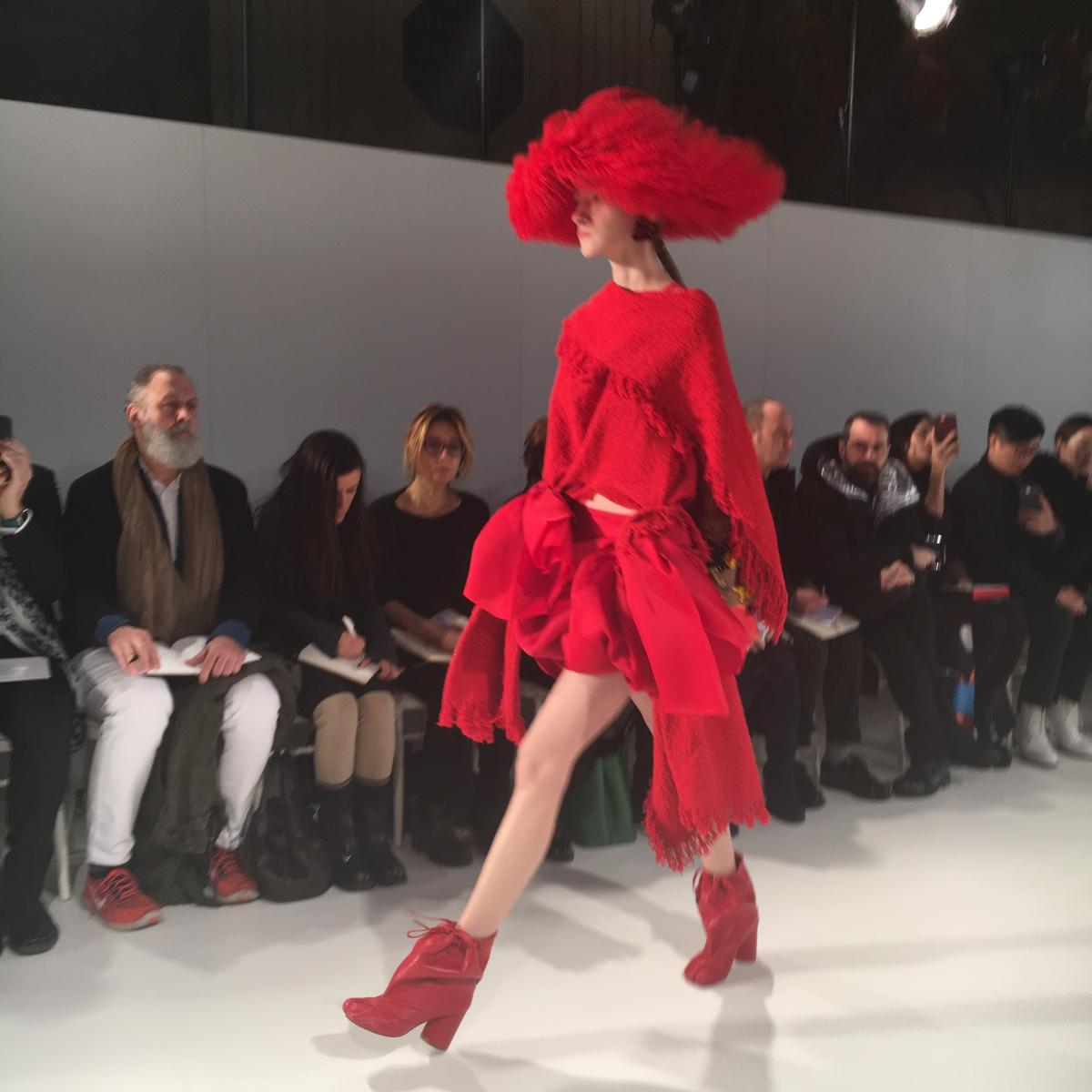 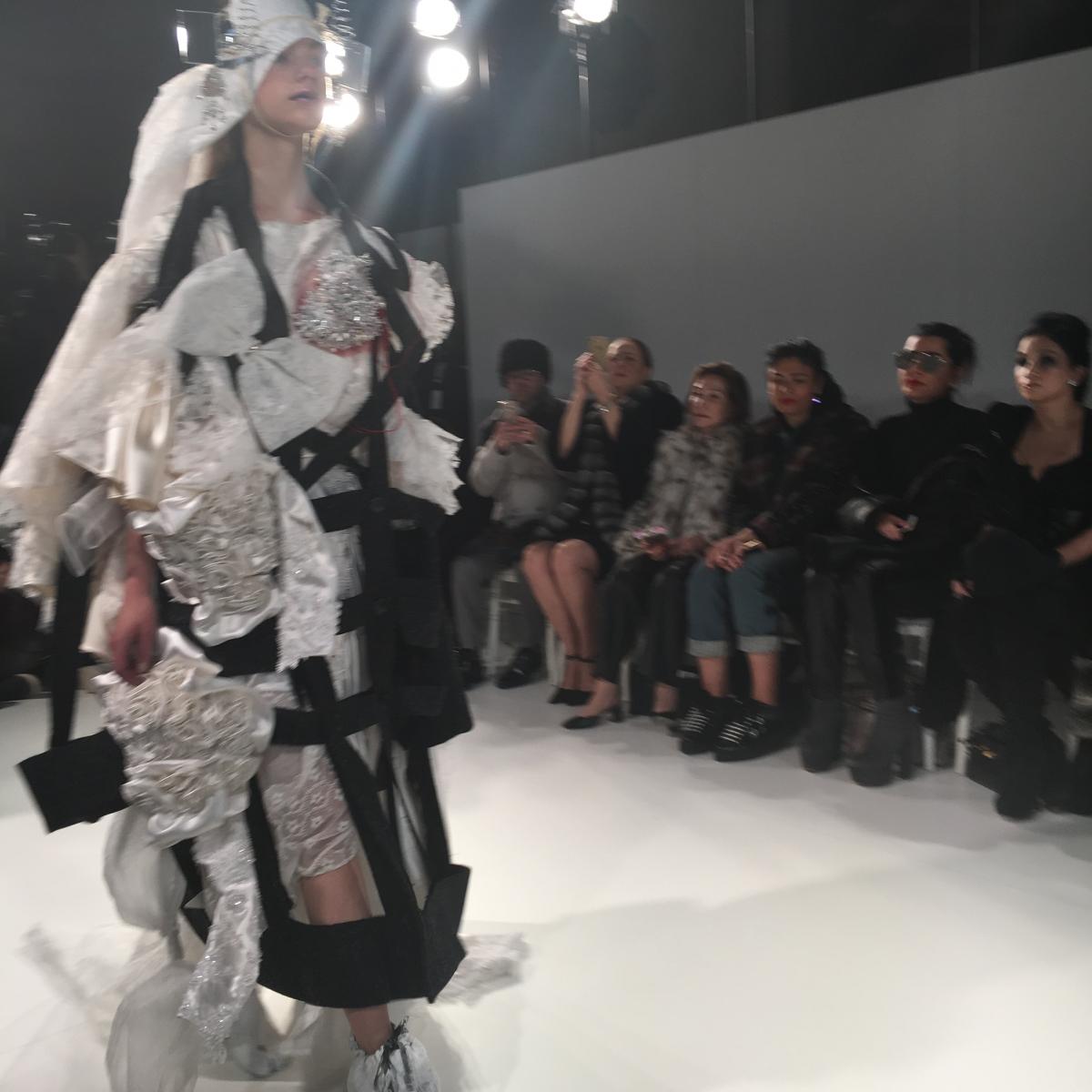 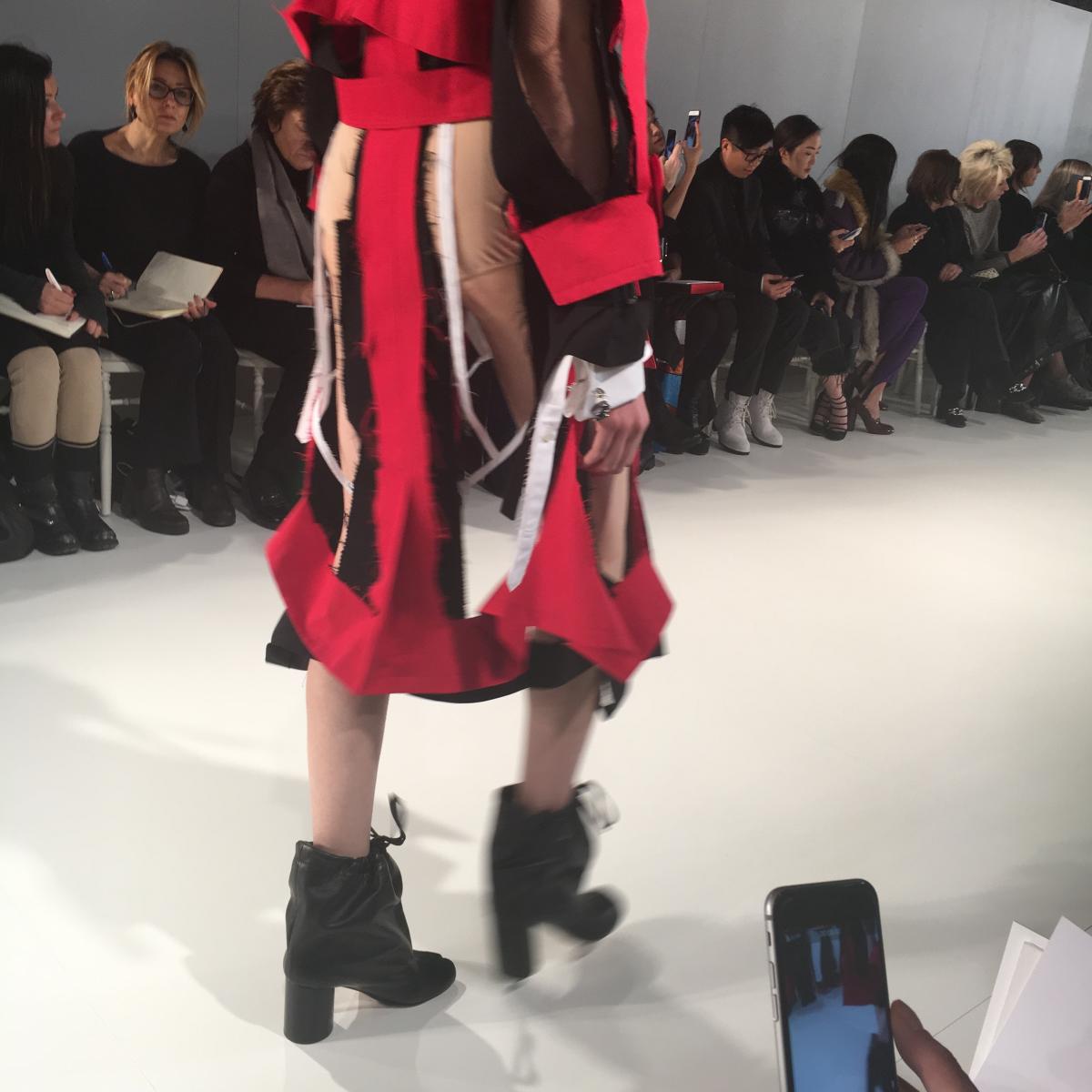 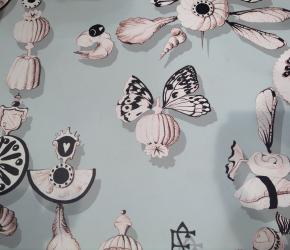 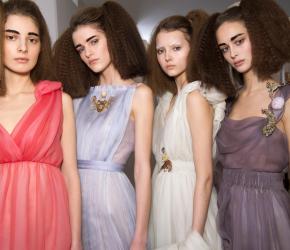